Center Air Pilot Academy (CAPA) is a Danish based company based at Copenhagen Airport Roskilde, with almost 30 years of experience in training EASA approved professional pilots via traditional ATPL pilot training. ProSim-AR interviewed Jens Kristian Frost, who has been involved in aviation his whole life. His father was a captain for Scandinavian Airlines  (SAS) and Jens  was also a captain himself at SAS until 2014.

Who is Jens Kristian Frost?

Jens Kristian has a strong passion for education and  has been training ab-initio pilots for almost 30 years. His career began as a  Certified Flight Instructor (CFI) at the SAS Flight Academy, and later as Type Rating Instructor (TRI) and Captain with SAS.

Today he is the CEO of CAPA, where he has been a shareholder for many years. CAPA is known in the aviation training industry for having trained the world’s first MPL students in co-operation with Sterling Airlines. Nowadays, they mainly train Integrated ATP with the new APS MCC with  an annual result  of 50 airline ready pilots.

The reasons why customers choose Center Air is because they provide  quality training of airline ready pilots based on a Competency Based Training Assessment (CBTA). From  an initial assessment of their pilot cadets, training is then  focussed on knowledge, skills and attitude that insures  high  quality airline pilots.

CAPA has chosen ProSim-AR to be their partner as they present a realistic airline cockpit environment, as well as the characteristics of heavy jet flight models. This way CAPA incorporates the best industry practices in their APS MCC by the use of high fidelity Flight Simulator Training Devices (FSTD). Another reason to choose ProSim-AR is because it is now mandatory for Instrument Rating (IR) to have an approved Required Navigation Performance (RNP) as a part of FSTD capabilities. This is incorporated by ProSim-AR. In addition, a wide range of scenarios such as; predicted wind shear, bird strike and many failure options are also offered. This makes CAPA APS MCC a major pilot preparation element for an upcoming type rating for their future airline pilot career.

When Jens Kristan looks at the future he sees a shortage of well-trained airline ready pilots. Pilot training will change from the single pilot CPL/IR/ME towards Multi Crew Pilot training as known from the MPL and the APS MCC. 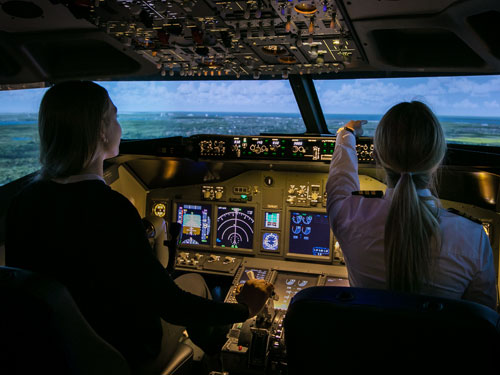 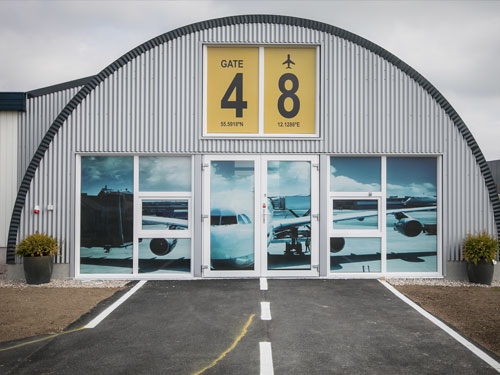 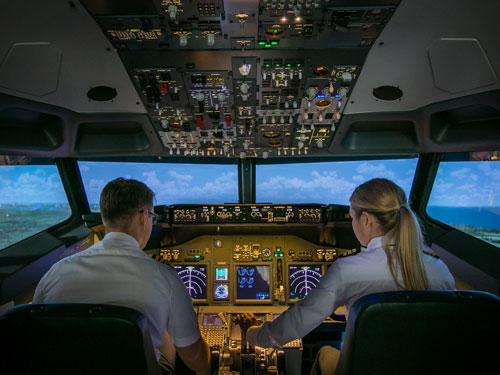